The Gaganyaan programme, an indigenous mission that would take Indian astronauts to space, was announced by the prime minister during his Independence day speech this year. The spacecraft, which is being developed by the Indian Space Research Organisation (Isro), consists of a service module and a crew module, collectively known as the Orbital Module. It will circle Earth at a low-earth-orbit at an altitude of 300-400 km from earth for 5-7 days.

The payload will consist of:

It will be equipped with emergency escape and emergency mission abort.

Three astronauts have been selected for the country’s first manned mission to space, called Gaganyaan. ISRO aims to launch its maiden Human Space Mission, Gaganyaan to commemorate the 75th anniversary of India’s independence.

Objectives of the Mission:

Relevance of a Manned Space Mission for India:

Boost to industries: The Indian industry will find large opportunities through participation in the highly demanding Space missions. Gaganyaan Mission is expected will source nearly 60% of its equipment from the Indian private sector.

Employment: According to the ISRO chief, the Gaganyaan mission would create 15,000 new employment opportunities, 13,000 of them in private industry and the space organisation would need an additional manpower of 900.

Spurs research and development: It will boost good research and technology development. With a large number of researchers with proper equipment involved, HSF will thrust significant research in areas such as materials processing, astro-biology, resources mining, planetary chemistry, planetary orbital calculus and many other areas

Motivation: Human space flight will provide that inspiration to the youth and also the national public mainstream. It would inspire young generation into notable achievements and enable them to play their legitimate role in challenging future activities

Prestige: India will be the fourth country to launch human space mission. The Gaganyaan will not only bring about prestige to the nation but also establish India’s role as a key player in the space industry.

Critical Technologies for Human Space Flight (HSF): According to ISRO, most of the indigenously developed technologies required for the mission have already been tested. These include crew module re-entry, crew escape mechanism in case of a glitch during launch, a deep space network and the astronaut’s space suit.

2. Threat from Space Debris: There is increasing threat of Space debris in the low earth orbits which can result in depressurization of the cabin of the crew module in case of collision with small debris.

3. Financial Implications: Human space flight missions are not one-time investments required for demonstrating national capability but have to be continued in human space flight pursuit with national gain. Therefore, the financial implications are of a concern 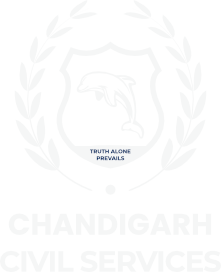